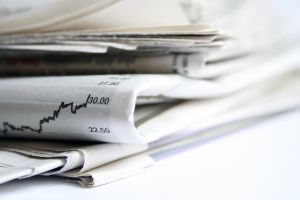 Buckingham Group has been hit with a claim by Associated Newspapers over alleged defects in the build of a printing works in Essex.

In a complex legal dispute, the newspaper group, which owns the Daily Mail, Metro and i newspapers, alleges that the contractor failed to investigate ground conditions at the site – which is its main printworks – and take necessary preventative measures.

According to details revealed in a judgment on costs issued last week, in 2015 – three years after completion – physical damage was discovered to the external cladding around the interface point of the incoming gas supply at the Thurrock site.

The concrete slab in the vicinity of the incoming gas supply was found to have sunk by about 100mm.

Two years later, an underground sprinkler pipe in a yard area failed, causing localised flooding. This time, the slab in the vicinity of the pipe had sunk by between 50mm and 100mm.

In both cases, Buckingham Group carried out remedial works to the gas supply for no charge.

It also failed to include in its design piling measures or other steps necessary to prevent excessive settlement, the newspaper group said in court.

As a result, it argues, the contractor is liable in damages for the costs of temporary repair works and a permanent remedial scheme, estimated to be valued at more than £10m.

A limited remedial scheme would be sufficient to remedy any defects, it says.

Buckingham is also claiming that the insurance companies providing cover for Colliers – an engineering firm that carried out the design of the works but is now in liquidation – are responsible for any losses the group may incur as a consequence of the claim.