Up to 75,000 construction firms under ‘significant financial distress’ 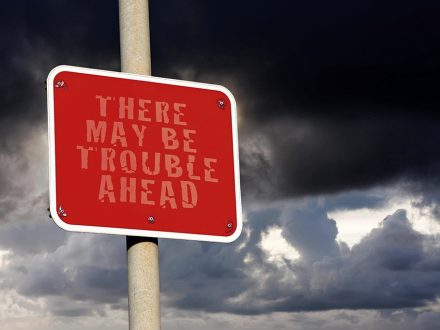 More than 75,000 construction firms could be at risk of collapse due to a mix of inflation, cash-flow squeezes and shortages of materials, analysis by Begbies Traynor has revealed.

The consultancy’s Red Flag alert report, which monitors firms for signs of financial distress, found that construction was the second-most at-risk sector behind support services regarding the number of businesses in trouble. Overall, it noted that more than half a million firms across the UK were reporting significant financial distress, with what has been dubbed an “insolvency storm” possibly set to hit.

Begbies Traynor partner Julie Palmer said: “Businesses that have bravely battled through the pandemic could now start to fail as the pressures they face become too much.”

She added: “The construction sector looks particularly vulnerable as raw material availability, combined with record inflation, has significantly reduced the margins for many SMEs. We are also seeing evidence of over-trading within construction as the sector’s boom post-lockdown has caused real cashflow issues that are now impacting on businesses.”

Last month Construction News reported that 20 construction-related firms entered administration. This was up marginally on the 19 reported in November, but below the 23 seen in October, which was the highest recorded in a single month last year. Experts said a spike in creditor voluntary liquidations in recent months showed more firms were finding they had no options left and were being forced to liquidate.

The report also warned that inflation is now the greatest threat to the economy with the true rate potentially running far beyond the official 5.4 per cent and possibly many multiples more than the Bank of England’s official target of 2 per cent.

Begbies Traynor executive chairman Ric Traynor said: “The growth in significant financial distress is very concerning and provides further evidence of the pressure the current economic backdrop is placing on UK businesses. With nearly all sectors experiencing a deterioration of their financial position since the last quarter, the ongoing supply chain issues and a 30-year record for inflation are less than ideal for companies that have already been hard hit by the pandemic.