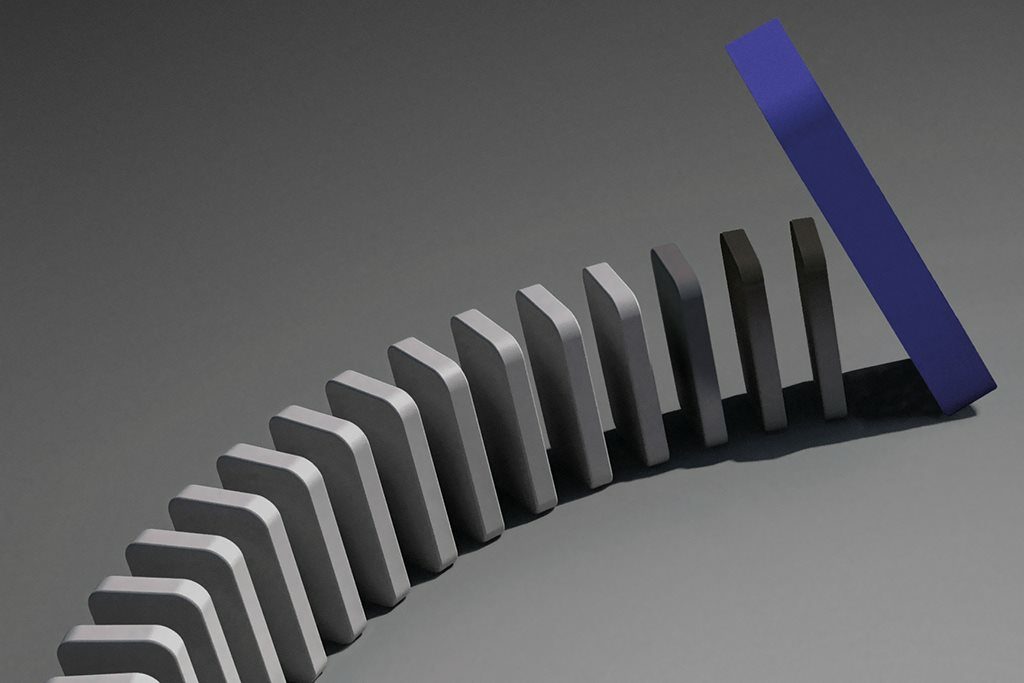 Fewer firms filed for administration in October than in each of the previous three months.

The number of construction-related administrations for the month was 19, the lowest total since June, when 15 firms went under. The average over the three months since then was 21.3. October’s total is also lower than that of October 2021, when 23 businesses went under.

Experts say the number of administrations is lower than expected, but that the impending impact of rising interest rate rises could yet hit construction companies.

The majority of firms that filed for administration in October had small turnovers, with none meeting the revenue threshold requiring them to publish detailed company accounts. Among those to fall were two painting specialists, each of which failed after decades in business.

GCG Shotblasting Services was a family run company that specialised in protective coatings for onshore and offshore assets.

Interpath Advisory chief executive Blair Nimmo was appointed joint administrator of GCG Shotblasting. He said the business could not find the cash to match its growing debt.

“Despite the best efforts of the directors and improving activity across the market, this is unfortunately another company that has been adversely impacted as a result of COVID-19 delays and debt build-up,” he said. The firm collapsed after 30 years of trading, laying off 13 staff.

Womble Bond Dickinson partner Simon Lewis said debt accrued from lack of payment was a common factor behind small-business insolvencies in the sector.

“The debt build-up is really the length of time that you are exposed without being paid for the work that you’ve done,” he explained. “They’re doing the work, they’re putting in their invoices, they’re either not getting paid at all or they’re getting paid less than they should be.

“It is very difficult for smaller companies at the bottom end of the market – they are very much at the mercy of those further up the chain.”

Although Welsh contractor Jehu Group ceased trading last month after 87 years in business, its administration was not registered during the period, so it is not included in the month’s tally.

Insolvency specialists Begbies Traynor said the contractor, which turned over £111.3m in the 18 months to 30 September 2020, had seen its £7m in net assets wiped out during the pandemic and the subsequent period of high inflation. More than 100 staff were made redundant.

Interest rates have been stepped up incrementally this year by the Bank of England, which took the base rate to 3 per cent on Thursday.

Interpath Advisory construction director Neil Morley said the impact of interest rate rises would initially be indirect. Raw-material suppliers on one end, and construction clients on the other, he said, would feel the pressure first. This could eventually find its way through to “squeezed” contractors: “It is not a ‘now problem’. It’s an ‘early next year problem’.”

He added: “We continue to see relatively subdued administration appointments across the construction sector, principally due to the pressure being felt by the smaller subcontractors, where a liquidation is often more appropriate, but also due to the time required to deliver projects.

“This means that there is still, currently, reasonable levels of work available for contractors and subcontractors to complete.  However, the impact of recent interest rate increases and economic uncertainty is suppressing the medium to long term outlook for projects, which will result in future insolvencies as this pipeline of work starts to dry up.”

He also warned that housebuilders would be more vulnerable to the interest rate hikes, because they tend to have higher levels of debt.

“The historically safe and profitable housebuilders are going to have to manage their projects and finances a lot more tightly than they have for the last 10 to 15 years, which may result in some failures in this historically safe space, particularly if demand and house prices do start to drop at the levels some experts are currently predicting,” he said.

The full list of companies that went into administration during October, based on data from Creditsafe, is below.