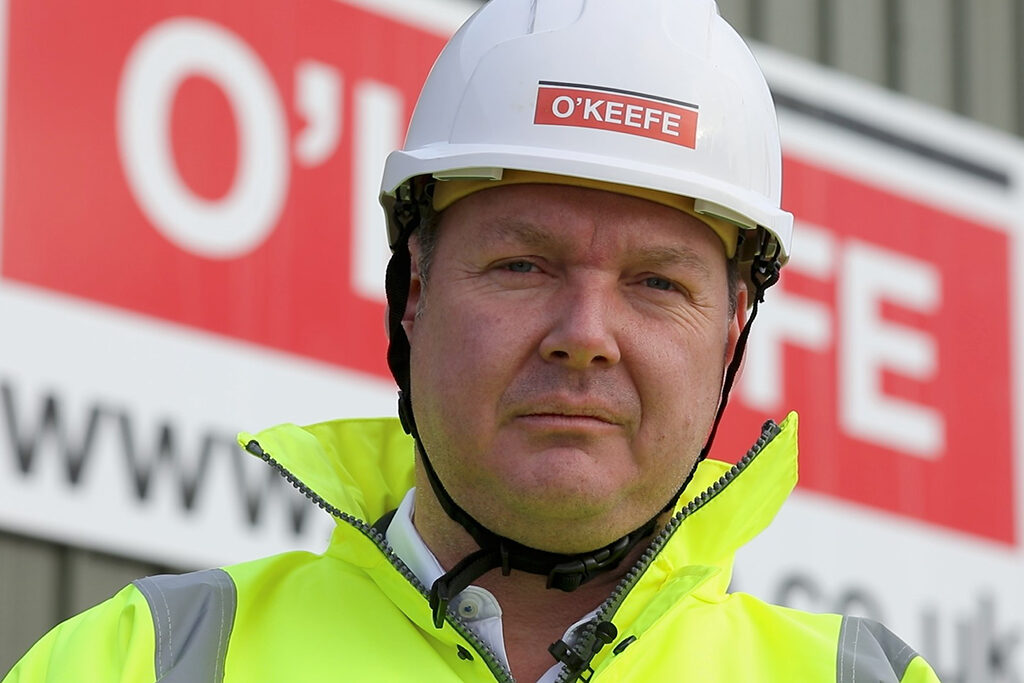 O’Keefe Construction has restructured its debts and will carry on trading after 90 per cent of its creditors voted in favour of its proposals.

A meeting was held today to vote on the civils contractor entering a company voluntary arrangement (CVA) with its creditors, allowing it to work out a repayment plan with them. The company’s shareholders will also now invest £750,000 into the business.

Chief executive Patrick O’Keefe (pictured) thanked the creditors for what he called a “vote of confidence in the business.”

O’Keefe said: “We have a robust underlying business supported by a strong order book. This CVA has rapidly restructured the business and ensures the business is well placed going forward. As shareholders we are committed to the business, and we will be injecting £750,000 to support the restructuring.”

The contractor announced it would seek a CVA last month after suffering a “significant loss” in its most recent financial year to May 2021 along with cashflow problems. It blamed “external pressures” for the company’s difficulties.

Damian Webb of RSM Advisory, which advised on the CVA, said: “The approval of this CVA demonstrates the credibility of the proposal and the strong reputation built up by O’Keefe from over 50 years of trading.”

If creditors had voted against the proposals, the directors would have had to find fresh investment to meet its liabilities, or risked insolvency.

The CVA does not apply to O’Keefe Demolition, which is a separate business to the construction group.