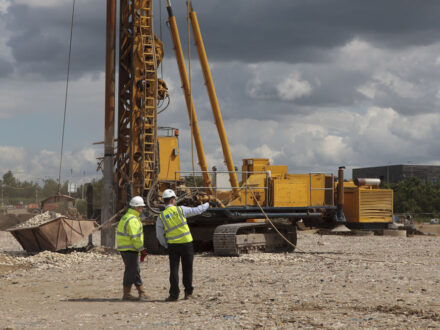 Housebuilder Crest Nicholson has emerged as an industry frontrunner among firms publicly pledging a contribution towards the government’s cladding-remediation costs.

The company’s board announced that it had confirmed to the Department for Levelling Up, Housing and Communities (DLUHC) that it was “in the best interests of the Group” to financially support those affected by cladding costs.

The board said it was in the middle of estimating the final figure it would contribute, adding: “As such, the board consider that a charge in the range of £80m to £120m currently represents its best estimate of this further liability.” It described the issue as a “complex and judgemental area”.

Since Michael Gove became housing secretary in September, he has sought to rope in developers, housebuilders, contractors and cladding manufacturers to pay £4bn towards the cost of remediating unsafe cladding on buildings of between 11 to 18 metres in height.

Crest Nicholson said that from January this year it had been engaged in “intensive dialogue” with the government via the Home Builders Federation (HBF). A deadline of 5 April 2022 had been set for housebuilders to confirm their pledges.

This week, in negotiations with the HBF, the government reportedly pulled back from its demand for housebuilders to contribute towards a £4bn fund. The two parties are reportedly close to a deal that would not involve the fund.

Crest Nicholson’s pledge comes after the company made a £43.1m provision in its full-year results, reported in January, for the removal of cladding on buildings that it had built. In June last year, its remediation provision had been set at nearly half that amount, at £23m.

The group also confirmed that it was well-placed financially and had a strong balance sheet to follow through on its pledge with net cash of £252.8m. It said that the cash outflows needed to remediate the affected buildings would take place over several years.

A DLUHC spokesperson said the department stood firm in its position to reach an agreement with developers about their role in paying to fix unsafe cladding. Negotiations are ongoing.

They added: “Our position has not changed. We welcome the developers who have signed pledges so far and we have the powers to impose a solution in law if those in scope do not do the same.”