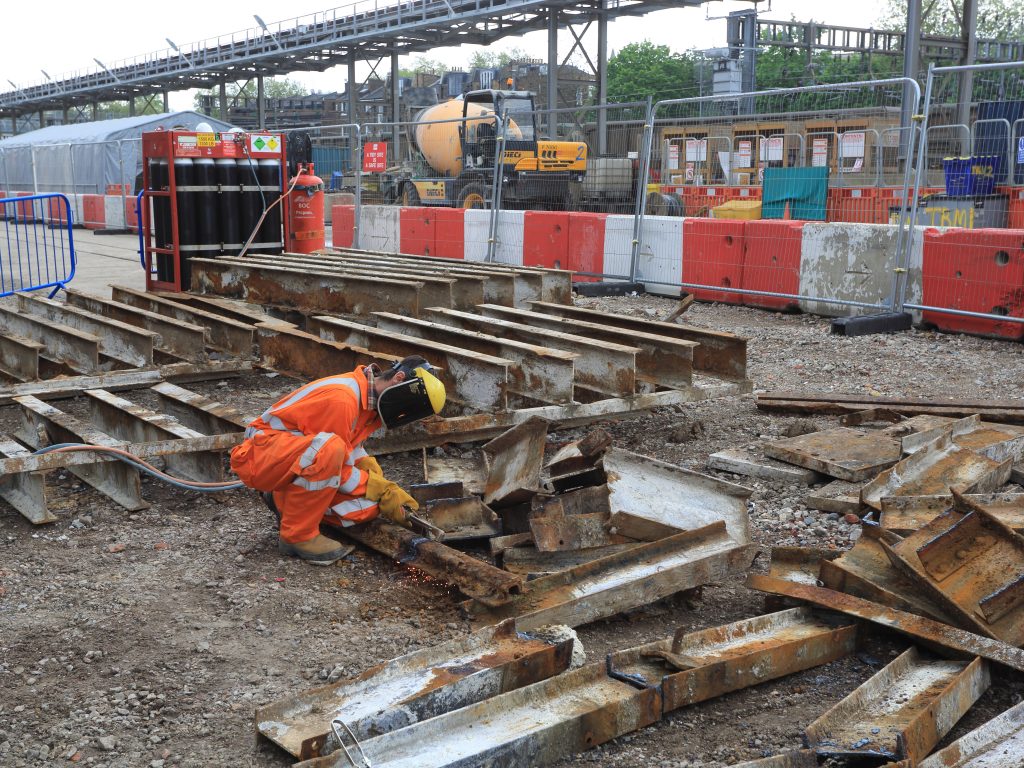 Pre-tax profits at Costain rose by more than a fifth in the first half of this year, thanks to inflation protection mechanisms written into its contracts.

In interim results for the half-year ended 30 June, published this morning, the contractor reported pre-tax profits of £11.2m, compared with £9.1m during the first half of 2021 – marking a 23 per cent increase.

But the group did see a fall in its net cash position after settling long-running historic contract disputes, which had previously hit its profit.

Following expected payments settling historic contracts of £48.4m, including a £43.4m settlement related to the troubled Peterborough and Huntingdon contract, the group recorded a cash outflow of £19m in the first half of this year. This resulted in its net cash figure for the period falling to £95.9m, from £119.4m in the first half of 2021.

In March, Costain chief executive Alex Vaughan said the group had put problem contracts behind it, after posting a £13.3m pre-tax loss in its full-year results for 2021.

Its order book also shrank by 33 per cent – falling to £2.7bn in the first half of this year, from £4bn at the same stage in 2021. It said this “reflected the timing of major contract bids” and maintaining “discipline in contract selection”.

“The order book evolves as contracts progress and as new contracts are added at periods aligned to our clients’ strategic procurement windows. Therefore, it does not provide a complete picture of potential revenue failure,” Costain said.

Despite this, the group said it had “undertaken a series of bids on major contracts in the first half” of this year, which were expected to provide an uplift to its order book in the second half.

Its transportation division was the biggest earner for the group. Its revenue increased by 22.5 per cent to £494.6m in the first half of this year, up from £403.9m in the same period of 2021.

The contractor said this was down to volume increases and inflation protection mechanisms, while business with HS2, National Highways and Network Rail represented the majority of its work in this area.

During the first half of this year, Costain completed the delivery of Crossrail’s Paddington Station. It continues to work on the Gatwick Airport station project, where a construction worker died on site earlier this year.

Costain used the financial statement to acknowledge the tragedy. “We are shocked and saddened by this tragic incident, and we, and our subcontractor, are working with the authorities and our client in an investigation to fully understand its causes. We are focused on supporting the family and on the wellbeing of our colleagues,” it said.

In a statement released with the results, Vaughan said: “In the first half of the year, we delivered a strong operating performance, reflecting volume increases and the inflation recovery mechanisms built into our contracts.

“Despite material availability and inflation challenges, we have managed the supply-chain pressures effectively, while delivering a robust operational performance, with new contracts being won on attractive commercial terms with appropriate risk.

“Our four chosen markets of transport, water, energy and defence remain resilient, and the pipeline of potential new business is healthy.”