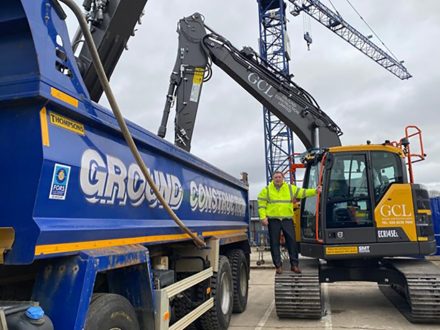 Civils contractor Ground Construction has moved over its equity to an Employee Ownership Trust (EOT).

The firm, which also carries out concrete frame, groundworks and principal contractor jobs, had a turnover of £96m for the year ended 30 June 2020. Its pre-tax profit for the same period was £2.5m. According to the firm, the transfer of shares was made at a “full market value”.

A statement from the company, whose headquarters are in Welwyn Garden City, Hertfordshire, added that its founder, Trevor Diviney, would continue to oversee the business. He would serve in his capacity as executive chairman for the group and remain “hands on”.

It added that the EOT will be represented by a corporate trustee with four members called the GCHL Trustee Ltd.

Diviney said this new model was chosen over alternatives because it would be less disruptive than a sale of company shares and new ownership.

Diviney said: “The EOT route will enable us to transition the ownership structure without the potential disruption a sale to new owners might involve, thereby maintaining continuity of culture. It is also an opportunity for us to recognise and reward the contribution our staff make to the development and continued success of the group.”

It is the latest in a series of private owners selling their businesses to EOTs, which allow sales to be made without incurring capital gains tax. Employees can receive tax-free bonuses of up to £3,600 from such trusts. Briggs & Forrester, Readie Construction, Curtins and Buckingham Group have all made similar moves in recent months.